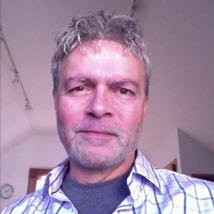 Inversion Design has a core group of five talented people including programmers, media designers, and composers, led by David Masher. You can reach us at 978-853-5187.

After completing his education at LaSalle Institute Military Academy, Berklee College of Music (Music Production & Engineering), and The School at the Museum of Fine Arts Boston (Visual Design) he embarked upon a distinguished career in such positions as;

Awards:
His outstanding and creative work has been recognized by: 2 Group Emmy Awards; 8 Group Emmy Nominations; 1 Individual Emmy Nomination; 1 Peabody Award; 5 Telly Awards; Awarded FIPSE Grant for “The Journey Home” an interactive companion to Homer’s “The Odyssey”; Awarded NEH Grant to develop “Hawthorne in Salem” a distance learning platform for scholars and students; and, Online Ads of the Week for BarnesAndNoble.com; LLBean.com; and, UnitedAirlines.com.

My manager, David Masher, at BobVila.com was a former musician and saw things in musical terms. When he described our office culture he would always say the same thing – “We’re like a jazz band.”

It was a description that fit and I loved it.

Like any good band we were a small team and we trusted one another. Following the jazz analogy, we played a recognizable “melody”, ie. produce web content for a home improvement TV celebrity, but in addition to regular duties each member was free to explore new ideas – to “solo.”

In this environment if someone had a good idea they were encouraged to build it and knew they would get support from their band mates. Barriers to working on something were non-existent. Looks cool? Build it. Put it in production. See what happens. What we lacked in size we made up in speed and, as they say in boxing, speed kills.

The key motivator driving each of us was recognition and acknowledgment if you nailed it. Nothing too wildly celebratory but definitely a “nice work on that” from someone. Want to make someone’s day? Tell someone this sincerely and watch their face light up. People will go to great lengths for recognition even on a small scale.

Now if you know jazz, you know that it sometimes goes wildly off course. When that happened we would bring it back to the standard tune. Recriminations and blame were not allowed. That was not only a waste of time, it was counterproductive – punishment for failure makes people less willing to innovate. Creation is inherently risky, you never know where it will go, and no one will stick their neck out if there’s a danger it will get chopped. To be creative you need the willingness and freedom to fail. In all cases it’s better to accept and acknowledge the failure, keep playing and support the next person’s solo.

Working together in this fashion we brought out the best in one another. Most important to our success was the idea of trust, something I believe so strongly in I’ve written about it before. Because we were small we could not afford one bad apple. I’m not saying there were no disagreements (there were) but we kept it civil. One act of sabotage against someone was enough to hurt the whole company. Big egos were a big no-no.

It was a free-flowing environment and we produced a number of hits. One of them was a regular podcast with a telegenic Irish guy we found from Dorchester named Tommy MacDonald. Tommy was a terrific woodworker, an artist really, and born to do TV but at first he was, err, a little unrefined. The first time I spoke with him on the phone he casually dropped about 50 f- bombs. But we gave it time, coached him through and with each podcast he got better. That podcast eventually became a woodworking TV show he now hosts on WGBH.

My big moment to solo came when I discovered a new service called Twitter. In early 2007, I set up an account and played around with it. After a few months of goofing off with it I thought “Maybe we should set this up for Bob.”

I pitched it to management who, understandably, had reservations. We drew up some basic guidelines and they trusted me to set it up and act as the public face of our spokesman. That trust in me, one of the youngest people on staff, was the key. It was a huge leap of faith for them and I wanted to reward that trust. I created the account, tweeted regularly, provided good content, and never deviated from the guidelines.

Twitter was still a new thing back then so growth was slow at first. It took us months to get to 1,000 subscribers. We were pleased with that achievement. Then one day the flood gates opened up. I was

informed of new subscribers by email and I started receiving one every six seconds. I originally thought it was an out-of-control virus or bot. The subscribers kept coming. I had to shut off email notifications, they were clogging my inbox. I emailed Twitter to ask them what was going on.

It took us awhile to figure out but eventually realized that someone, some absolute angel, at Twitter assigned our account as one of the default subscriptions for new users. Whenever someone created a new account on Twitter, BobVila.com got a new follower. It was like grabbing onto a rocketship headed for the moon. We went from 1,000 subscribers to over a million in ten months. Back in 2007 few celebrities were on Twitter and our quick adoption of new technology paid off big-time.

But it never would have happened had I not been given the freedom to create and entrusted with the task. This accomplishment was the result of working in a well-run creative office. An office where employees are encouraged to create makes for an engaged workforce which in turn makes for a productive office. It’s been my experience that employees will work very hard to make tomorrow better than today if you let them.